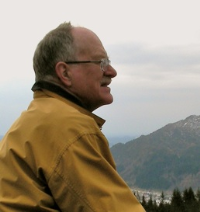 Born 1942. University studies of music finished in Oslo 1969. Studied composition at the Norwegian Academy of Music in Oslo with Finn Mortensen. Diploma in 1974.

Held the Norwegian State Scholarship for Artists 1982-85. Apart from that period from 1974 to July 2006 worked as a teacher in the secondary school system. Even before, he worked in peiods as a teacher. On voluntary basis he is active in different kinds of Christian work, and has held offices in music organisations.

Ensembles that have performed or recorded Mostad’s music include the symphony orchestras of Oslo, Bergen, and Trondheim, Finnish Radio Chamber Choir, The Norwegian Soloists’ Choir, and other choirs in Norway, Denmark, Japan, England, the Netherlands and Germany (scheduled 2012/2013). It has been performed at the Bergen International Festival, the Elverum Festival, Music Factory in Bergen, Nordic Music Days in Oslo, Stockholm and Helsinki, Dartington International Summer School, and has been broadcast by Norwegian State radioand TV and some non-Norwegian radio stations, including the BBC.

From around 1975 the harmony in Mostad’s music is often related to the harmonic series. Some of his later works use modal or more free techniques that allow for juxtaposition or transition between a tempered 12-note harmony and harmonic spectra including non-tempered tones. Often the solutions of musical form are quite untraditional.

Mostad has written chamber music, solo pieces, and electro-acoustic works. The core of his output, however, is orchestral and choral music. His largest work till now, the full-length programme work “Were You There, When They Crucified my Lord? The narrative of the suffering, death, and resurrection of Jesus according to St.Mark” for mixed choir, narrator, vocal soloists and orchestra combines these fields of interest.